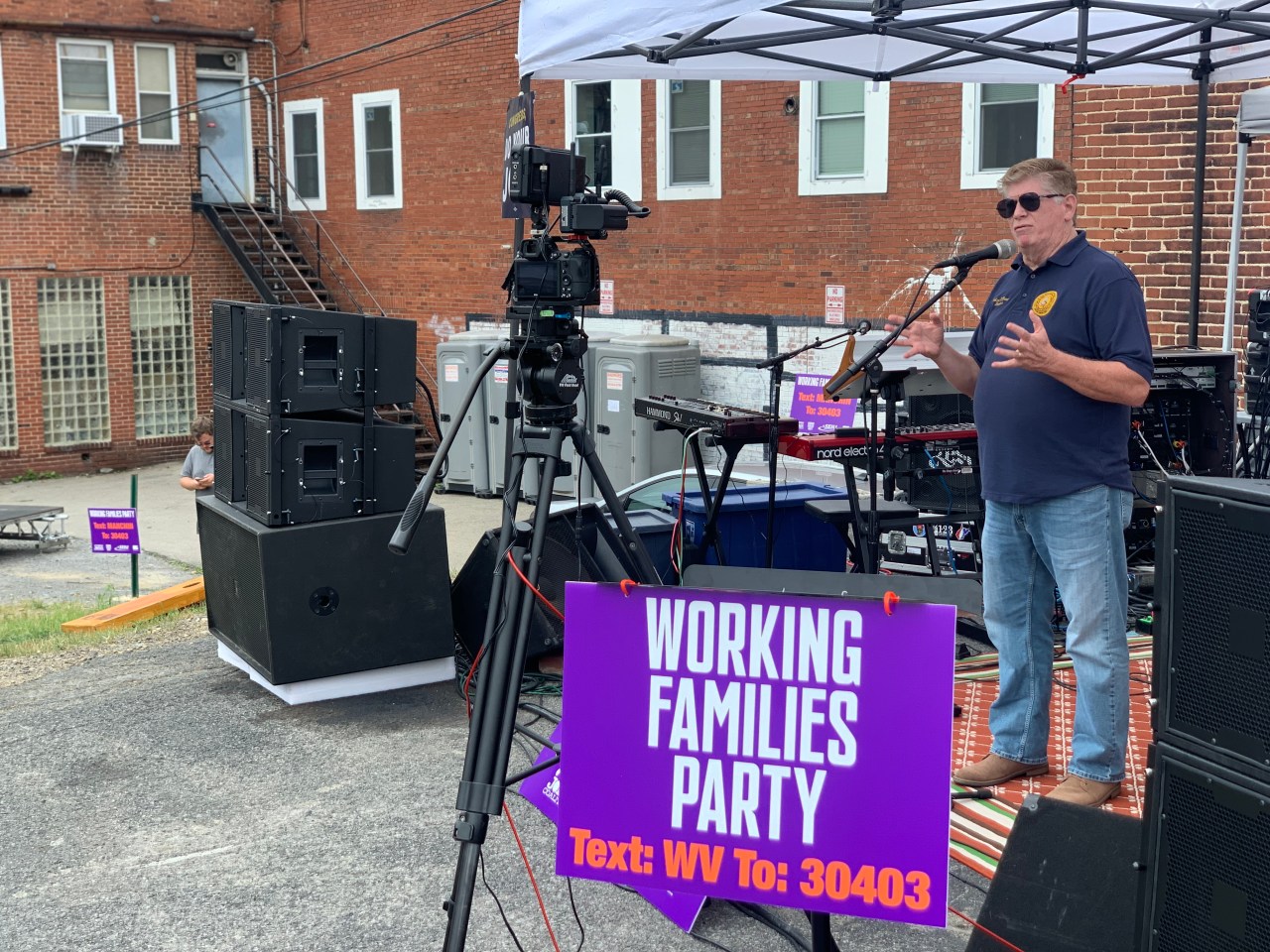 The goal is to bring together the community in support of the For The People Act, THRIVE Act, and Jobs and Care in infrastructure policy. That was the case in Morgantown on Saturday, July 10, when the Summer Jam stopped by Pleasant St. to spread the message of the Working Families Party. Maurice Mitchell, the national director, said they just wanted people to know that there’s a movement out there that focuses on the rights of the working man.

The Working Families Party is a national political movement of everyday people who believe that our politics should work for the many, not the few. And what we do is we recruit everyday people, so union members, teachers, activists and put them in positions where they could run for office on the local statewide and congressional level; in order to ensure that our politics are accountable to the interests of everyday working people.

The Summer Jam, Mitchell said, was the perfect way to get people interested in and learning more about the WFP.

“We know that in the time of COVID us caring for each other is more important than other than ever,” Mitchell said. “So many of us are caring for elders or caring for young people and there’s an opportunity to invest in that, and we want to bring all of those things together.”

The WFP is also bringing people together, to let politicians, such as Sen. Joe Manchin, know that they have the chance to deliver “historic investments” in local communities, Mitchells said.

Investments, he said that could bring a ballpark of 50,000 jobs to the state through things like the THRIVE Agenda.

“That’s all about ensuring that those investments in infrastructure actually get to West Virginians and unlock all the power of working people,” Mitchell said. “That’s what’s on the agenda right now and Joe Manchin has an opportunity, a historic opportunity, to be able to negotiate for West Virginians those precious resources. But, it’s going to mean that he’s going to have to be a leader in Washington to do so. And so, this is an opportunity to show that everyday folks in Morgantown and all across West Virginia believe in the idea that government can work for us and that infrastructure could work for us. ”

The Summer Jam is specific to West Virginia.

It started in Huntington, then it was off to Beckley, Parkersburg, Hinton and now, Morgantown. After that, it will stop in Shepherdstown on July 11 from 4-7 pm at Morgan’s Grove Park. Ultimately, it ends with a day trip to Washington, DC in order for the West Virginia WFP to take its message to lawmakers directly.

Just because other states are not doing the Summer Jam does not mean the WFP reach is limited to West Virginia, Mitchell said.

If you are interested in the WFP and would like to get involved and or learn more, it’s easy, Mitchell said.

“If people care about making sure that politics work for them, then they should come join us at the Working Families Party. They should text “WV”, for West Virginia, to 30403. And that’s the best way that they could get involved in events like this that’ll happen now and all throughout the summer. ”

Everything you need to know about the Ministry of Cooperation