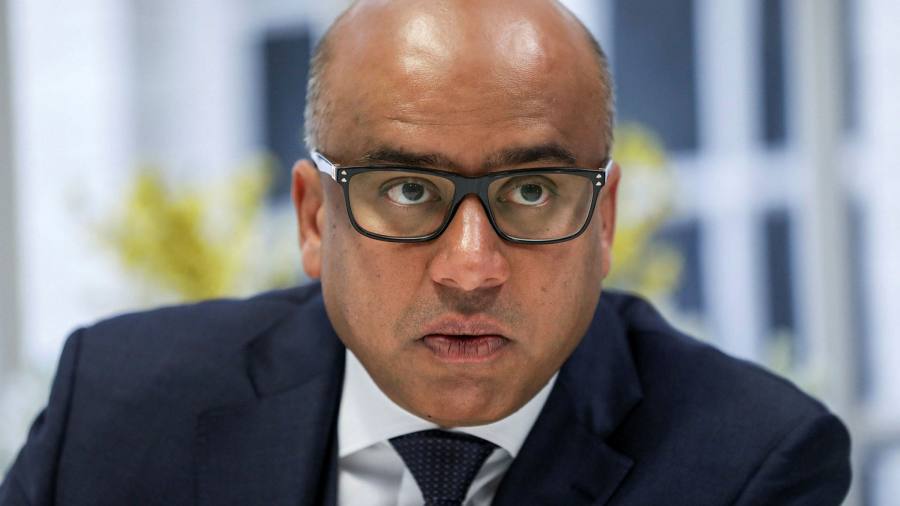 Sanjeev Gupta is fighting to keep a Belgian aluminum smelter after a US private equity firm sued the UK to take control.

Gupta’s metals group GFG Alliance, which is under investigation by Britain’s Serious Fraud Office, is fighting to refinance more than $ 5 billion in debt after the bankruptcy of Greensill Capital, its main lender.

But the lender of GFG’s rolling mill in Duffel, near Antwerp – which people familiar with the matter said was private equity firm American Industrial Partners – launched legal proceedings last week.

AIP succeeded in persuading a court to appoint directors at a UK holding company that owns the assets. The process could result in the transfer of ownership of the Duffel plant to AIP, the holder of the $ 59 million debt.

GFG and AIP did not immediately respond to requests for comment.

The proceeding is the latest in a series of legal challenges Gupta has faced this year from creditors. The Indian-born industrialist recently got a reprieve from Credit Suisse – a leading investor in Greensill debt – after previously trying to force some of his businesses to close over unpaid debts. Meanwhile, GFG said it would “fully cooperate” with the SFO probe, which was announced in May.

AIP’s challenge threatens to complicate a bailout loan that Gupta recently negotiated with commodities trader Glencore, which offers to refinance the debt of its European aluminum company. The London-listed mining and trading company has offered to refinance more than $ 500 million in debt at the Duffel site and its French sister plant in Dunkirk with a new six-year loan.

In a note to senior management last week, Gupta confirmed that the group had rejected AIP’s offer on both assets, adding that GFG “was aiming for an amicable settlement of their debts using the facilities agreed with Glencore.” .

However, people familiar with the situation said Gupta could retain control of the French foundry, but lose control of the Belgian factory to the US private equity firm.

Glencore is mainly interested in the Dunkirk aluminum smelter, which is the largest in Europe and produces 280,000 tonnes of light metal per year. The deal would give Glencore access to the metal it could sell through its large trading arm.

In its memo to staff, Gupta said GFG had made deals with the London-listed group and rival trading house Trafigura to supply raw materials to Dunkirk and Duffel, while Glencore would “also help with the marketing of products and would provide hedging facilities ”.

“These deals will help secure the working capital needs of businesses and allow us to reduce business risk by capturing current high prices,” Gupta said.

POLL – China’s economic growth to be cut by more than half in second quarter, more political support seen